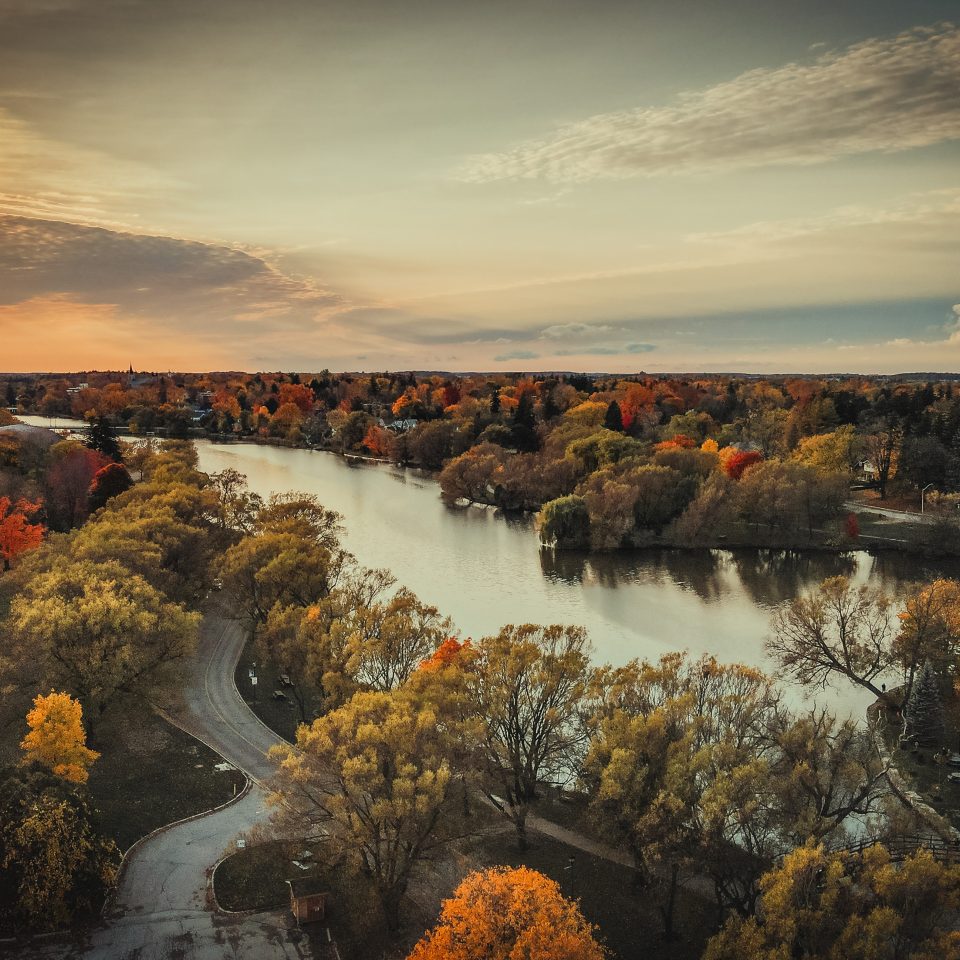 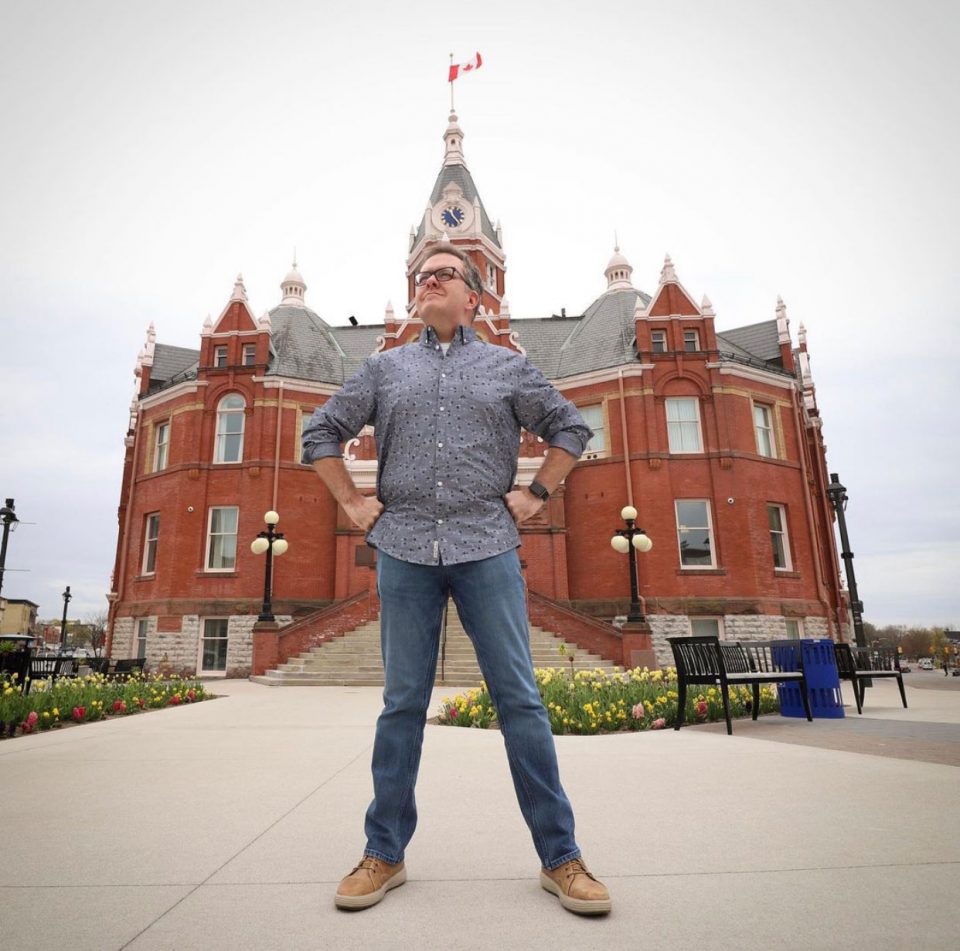 Introducing Humans of Stratford – a local take on the popular Humans of New York City series, featuring interviews and photography with local residents on the streets of Stratford. Each with a unique and inspiring story to tell. Created by the talented @jeffsphotos , follow along weekly to discover more. 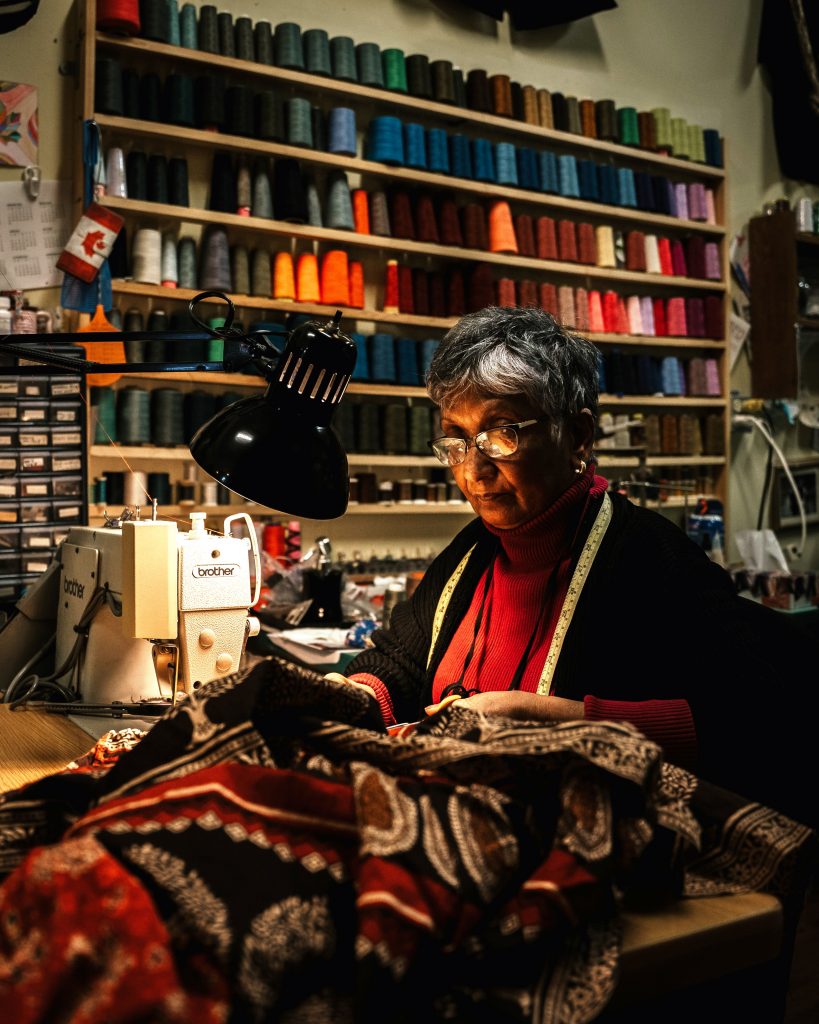 Out of the cold, into the warmth of what feels like something you would only see in movies, I was greeted by a softly spoken woman by the name of Clarene. Amidst the hustle and bustle of downtown Stratford lays a hardworking, family-owned sewing shop. It’s at this shop that Clarene quietly practices her gift of sewing.

Behind the puttering sewing machine sits one of the kindest people I have ever met. Humble, caring and funny, she’s a proud grandmother to her grandkids and couldn’t say enough good things about them. Asking her about herself she told me that her family comes from Guyana. Moving here when she was 30-years-old, her sewing talent allowed her to open Sew More Seams where she’s found success while helping the community.

I was delighted to be able to speak with her one on one. She told me stories of a famous author who would commission her to make him dress shirts and how he signed a book that now resides on her shelf, and that she values what I’m trying to do with Humans of Stratford.

“You know, there are great people everywhere you look. Willing to help out.” Clarene told me as I talked to her about the Humans of Stratford project. It’s people like Clarene that turn the wheels of a community, and to be honest I think we can all learn something from her. THIS is what Humans of Stratford is all about… Showing the public that there are amazing people with amazing stories all around you, sometimes you just have to say hello.

Allow someone’s kindness and humility rub off on you, a smiling face and a friendly wave can go a long way. 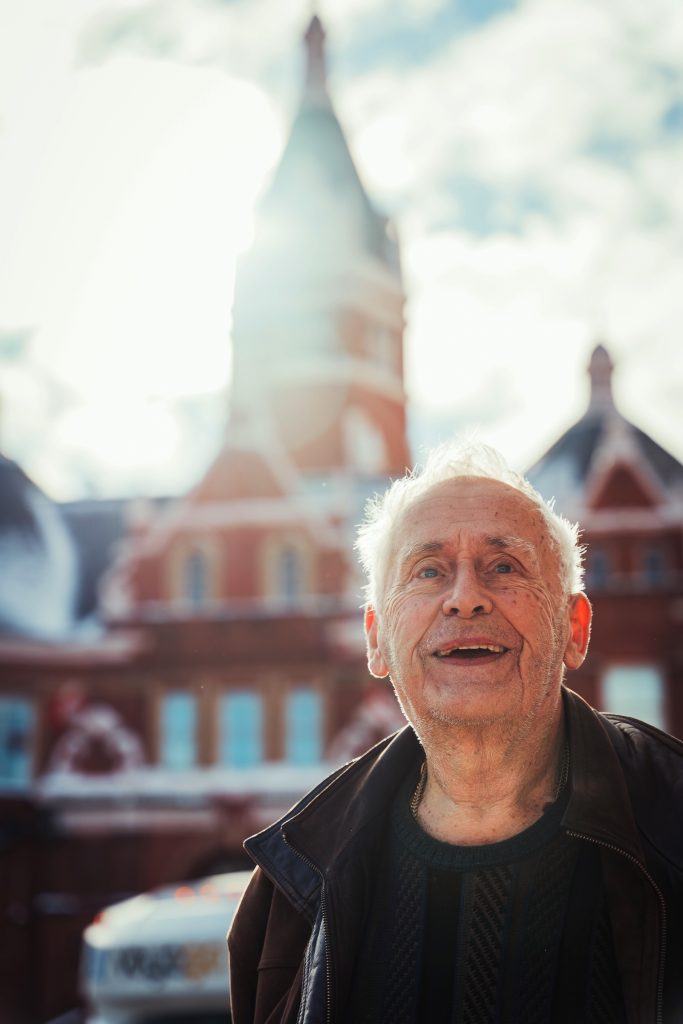 “You know my son calls that building my dads building.”

Walking around snapping some photos for @visitstratfordon I was caught off guard by someone saying “hey you, you work for the paper or somethin?”. He’s an older Stratford man with an infectious smile, and clearly a story to tell. He told me how city hall, one of the best buildings in Stratford, would have been torn down and made into a shopping mall if it wasn’t for him. He told me when he heard the news that he instantly started organizing a protest against the developers. He was so invested in the saving of the building that his family thoughtfully named the building, his building. Now a permanent staple in Stratford, city hall is a permanent reminder to him of the people that once helped him save something special. 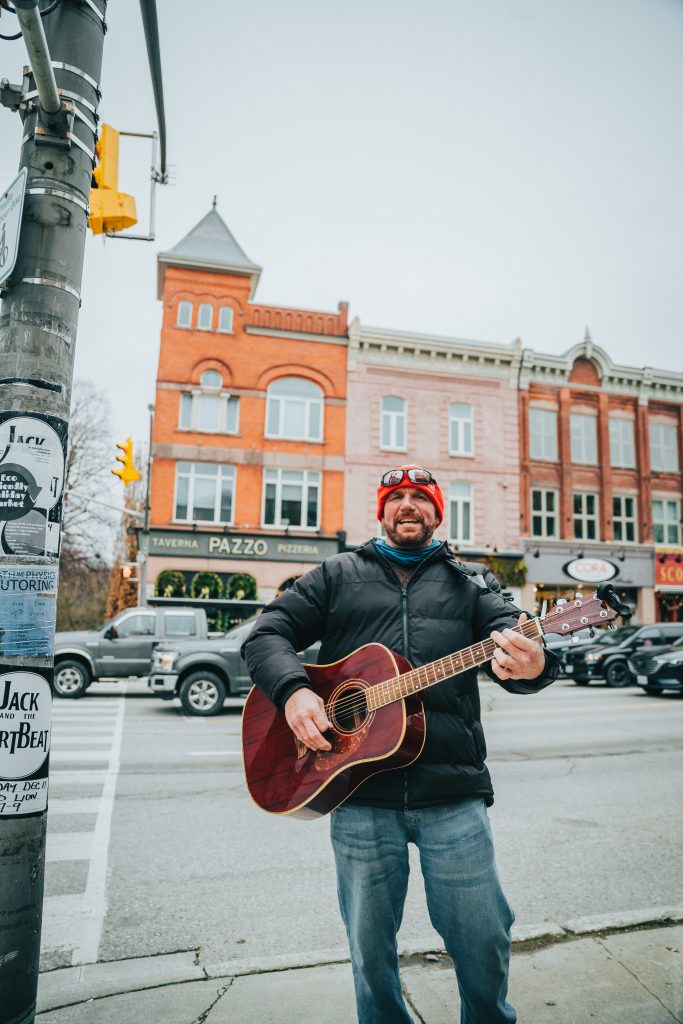 *clink clink* shiny bits of change fall into an open guitar case. Strumming on his trusty guitar, it’s one of the oldest professions in the world…

Jason is a New Brunswick native that now calls Stratford home. Off and on for 20 years, Jason’s been playing for people across Canada. “You know man, it’s that east coast Canadian way of life, being friendly and just gettin along.” I asked Jason what his favourite song to play for people is, he says “whatever makes people happy, that’s what I’ll play”. And in true Canadian fashion started strumming Fifty-mission Cap by the Hip.

I think there’s a lesson we can all learn from Jason.. it’s that we can all afford to take time to help people. It could be as simple as holding the door, doing something for an older person, or helping people smile by strumming along to some Hip. 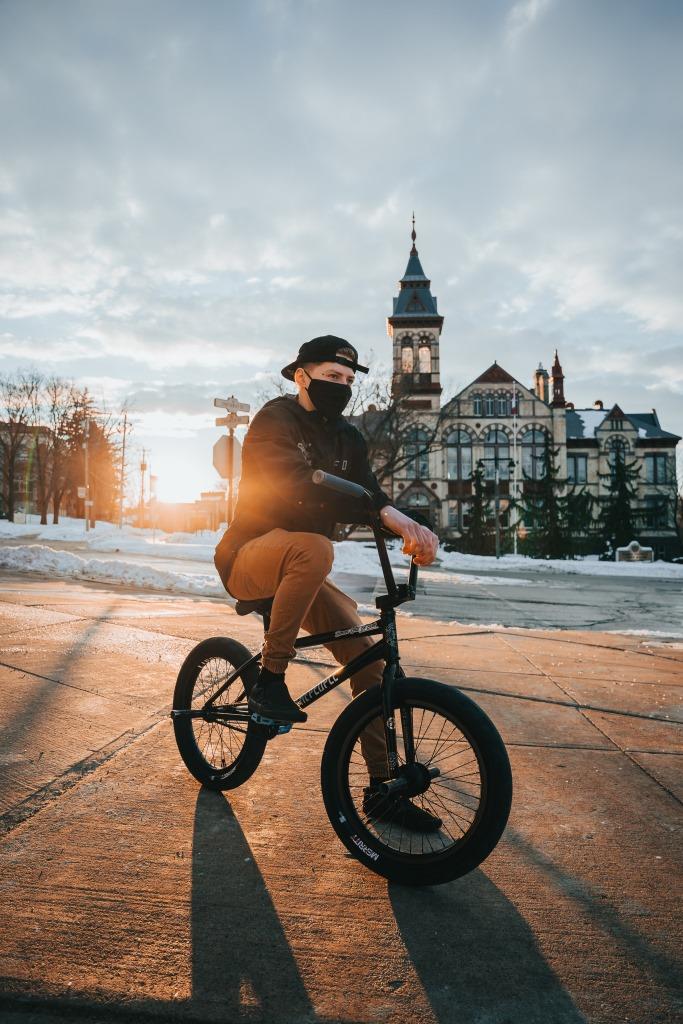 This is Brayden. Brayden loves to ride his bike. Brayden rides his bike everyday. Brayden doesn’t really care what people think about him. Brayden is one of a kind.

Zipping through the streets of Stratford is a young man who although doesn’t really know It, inspires many people. An extremely talented BMX rider, Brayden has been on a journey he set out for himself for what’s been 607 days straight of riding his bike, all documented, and yes, even in the winter. Brayden’s passion for riding has him up early and out late perfecting his craft, posting a video everyday showcasing his progression. Working full time at Totally Spoke’d, Brayden often shows up to ride still in his work uniform. (Dedication on all levels)

When the opportunity arose for me to talk to Brayden about Humans of Stratford, I asked him if he had the opportunity to speak to a high school kid who’s trying to make sense of who they are and what they want to do, he told me “You can always have fun and enjoy the little things in life… But once you find the thing that is the most fun to you, and makes you the happiest, find a way to channel as much good energy towards it as possible, and make it your life.”

Inspiration can take on many forms, and this is definitely one of them. Inspiring young people to pursue passions that ignites something inside of them is nothing to take lightly.

Thanks Brayden for being such a positive guy. 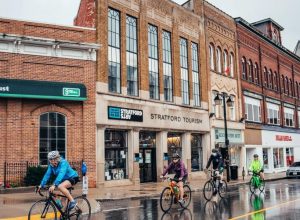 With the hours of sunlight getting longer and fresh breezes sounding the return of Stratford’s feathered friends, I… 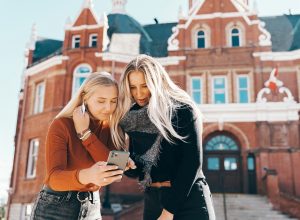 Explore our city and surrounding area at your own pace, or from home, with our complimentary self-guided audio… 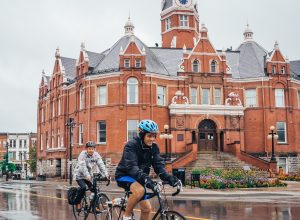 Calling cyclists of all experience levels — add Stratford to your vacation bucket list this summer. There are… 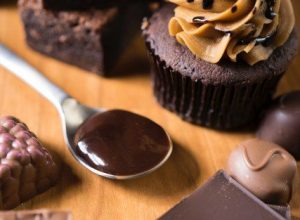