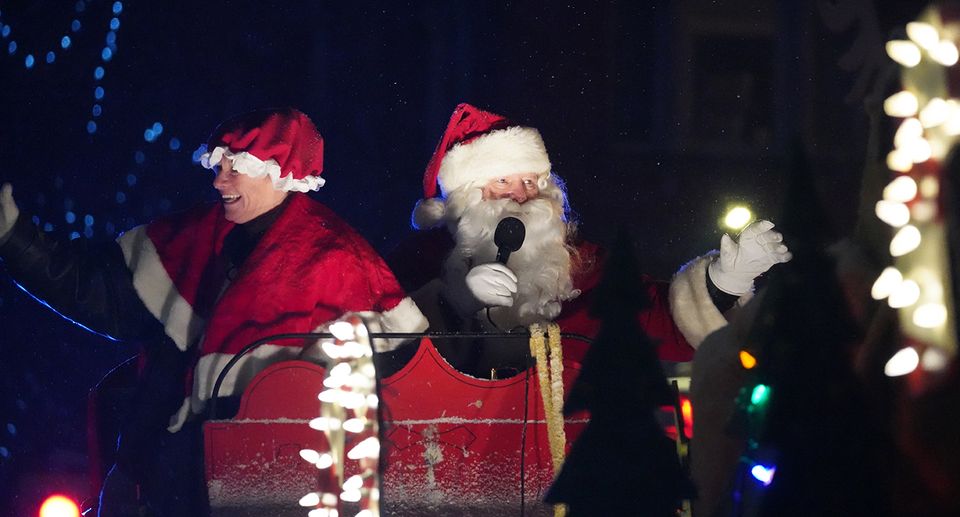 Santa Claus is coming to town. On Sunday, December 4, from 5 p.m. to 7 p.m., citizens and visitors are welcome to attend Santa’s Parade of Lights in Stratford.
This year’s parade will take a scenic route around the Avon River.
At 5 p.m., the parade will start at Hillcrest Drive and William Street, moving east along William Street to Lakeside Drive North, across the Festival bridge, heading west along Lakeside Drive past the Stratford Festival and ending at the Tom Patterson Theatre.
Fifty floats are expected to participate, and Santa Claus will be in the final one, expected to arrive at the Tom Patterson Theatre after 6 p.m. when the parade concludes there will be a countdown to light the tree. There will be a tree placed in front of the Tom Patterson Theatre close to the intersection of Lakeside Drive and Waterloo Street. Consistent with previous years when the parade concludes this tree will be lit. Following the lighting of the tree, there will be a 15-minute Christmas carolling performance.
The entire parade route will be closed to local traffic starting at 3 p.m.
For the safety of parade participants and spectators, a number of temporary road closures will be in place from approximately 3 p.m. to 7 p.m.
The closures include:
• William Street from Waterloo Street to Martin Street
• Hillcrest Drive from Delamere Avenue to William Street
• Denison Street
• Lakeside Drive North from Martin Street to Lakeside Drive
• Lakeside Drive from Lakeside Drive North to Waterloo Street
• Waterloo Street from Water Street to William Street
• Veterans Drive from Waterloo Street to York Street
We urge all motorists to drive cautiously when travelling near the parade route, and obey all road closure signs.
Those driving to the parade and parking nearby are asked to please be respectful of residents in surrounding neighbourhoods, and take care not to block or interfere with driveways.
The parade is organized by the Stratford and District Saddle Club.
On Sundays, Stratford Transit provides an On Demand service. On Sunday, December 4, the hours of Stratford Transit On Demand will be extended until 7:30 p.m.