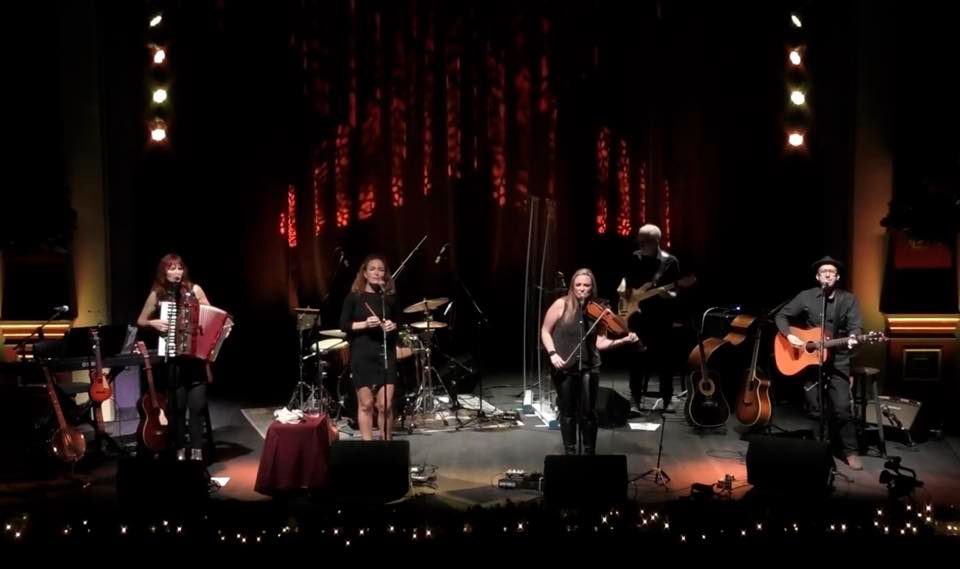 Don’t miss out, plan to dine with Revival before the show! Buy your concert tickets – then reserve for dinner! Enjoy the evening from your table!

Rant Maggie Rant brings an arsenal of instruments, styles and substance to their shows with versatility and virtuosity. The Stratford, Ontario band’s personality shines through as a collective of unique and different artists in their own right, the sum of which create unforgettable moments on stage. For more than a decade this multi-award winning band has consistently roused audiences from coast to coast.

While Rant Maggie Rant sticks close to the musical roots of Ireland and Scotland, as well as the other 5 Celtic nations and Canada’s East Coast traditions, these melodies are usually supported by the band’s unique fusion of hand-drumming, dub/jazz bass, soaring vocals, harmonies and folk/blues/rock guitar.

Traditionalists love their approach as they perform time honoured tunes in a contemporary way with an energy that will make you want to dance and rediscover your roots. With the addition of some not-so-traditional instruments, the African djembe, the Middle Eastern doumbek and Peruvian cajon to compliment the percussive underpinnings driving the rhythm, guitar and bass approach from more contemporary and urban styles – folk, rock, jazz, dub and blues. Traditional melodies, Latin and Mediterranean rhythms, heartfelt shanties, revved up tempos and unexpected time changes all collide in original and contemporary compositions, often blending together to deliver an intoxicating performance.

Tara Dunphy’s musical career began at the early age of three, standing on a stool playing her tin whistle to a crowded pub. She’s come a long way since then, gracing the stages of The Grand Theatre, Centennial Hall, Aeolian Hall and countless festivals and events.
After winning more than 25 gold medals in international Irish Music competition Tara went on to a career as a touring musician, playing all across North America, England and Ireland. She has performed with Rock and Roll Hall of Fame member Wanda Jackson since 2004 as well as fronting one of Canada’s top roots music acts, The Rizdales.
With her family based in London, Ontario, Tara has put her focus back to playing locally. She continues to share her talents performing at concerts and festivals as well as being an in demand soloist for weddings, funerals and other personal events.
“Tara’s voice is full of character and longing and more harrowing heartache than you’ll ever want.” Eye Magazine, Toronto, Ontario
Exclaim! Magazine calls Tara’s playing “Bold and Classic”