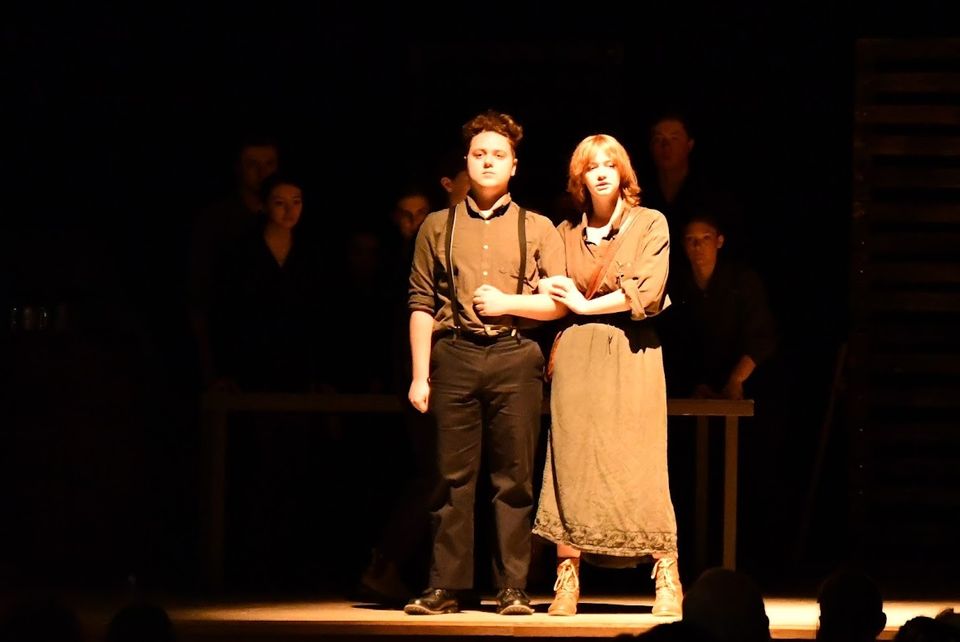 Join us at our Player’s Backstage  for a performance of Forged By Fear: A Black Donnelly Tale performed by students from St Michael CSS!
Admission for this event is by donation.
Synopsis:
A woman and her husband set their sights on a better life in a new nation: Canada. Jim and Johanna Donnelly settle themselves in Lucan, upon the Roman Line, where trouble quickly settles as well. After some unfortunate run-ins with their neighbours, and an eventual drunken brawl, Jim becomes a murderer, marring the family’s already dark reputation. During his imprisonment, Johanna raises strong boys and a strong girl. The
clan is tough and ruthless. For good and for bad, they have the attention of Biddulph township. Through knuckles, curses and fire, the Donnelly family attempt to reap respect and carve promise from their new home. On their path, they find things more dire.

Warning: This production contains mature language and subject matter. Startling sound effects such as gunshots are used. There is an entrance from the audience.