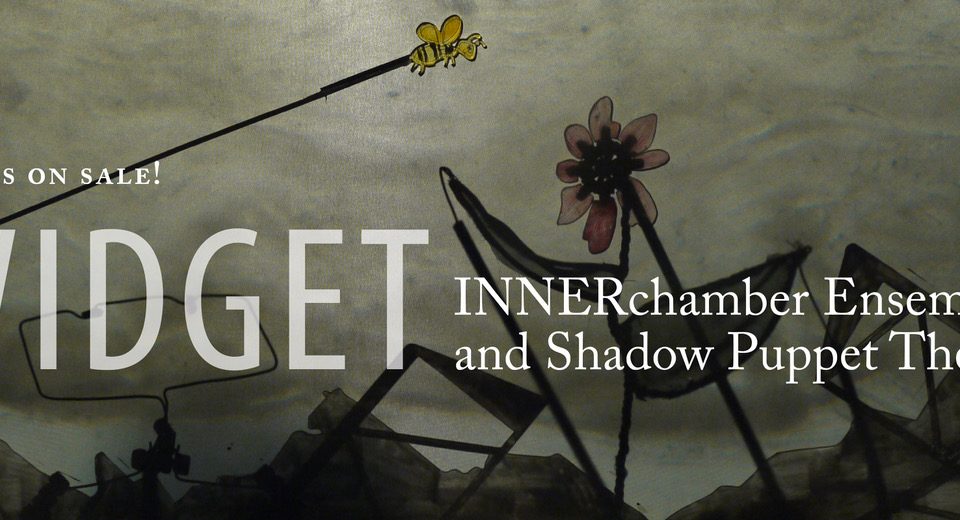 This concert combines the “cycles” inherent in baroque music, including Vivaldi’s most famous cycle of all, with the wonderful world of shadow puppetry. The first half of this concert features music from Italy, Scotland and Germany. The second half features the newest production to come from the wellspring of Shadow Puppet Theatre. “Widget” is a lonely robot in a concrete world. When he discovers a dear friend in Flower, desperately trying to poke its way out of the asphalt, Widget embarks on a four seasons adventure to protect Flower’s safety, while battling Sky Bee and the rain and snow elements Mother Nature has in store. Teaming up with SPT is the INNERchamber Ensemble on period instruments for excerpts from Vivaldi’s Four Seasons.

A sonata of Scots tunes by James Oswald

Capriccio detto il Marescotti a due Violini, in Ecco (op. 50) by Maurizio Cazzati

“Widget”, with excerpts from The Four Seasons by Antonio Vivaldi